Drug Lawyers in Toronto and GTA

Effective defence against trafficking and possession charges
Over 30 years of experience with drugs related charges
Multi-lingual team to help you understand your options
Flexible payment plans
24/7 assistance to help navigate your case
1,000+ successful cases
Get A FREE Consultation

Drug Trafficking involves selling or delivering illegal drugs to another person. This allegation can result in serious penalties depending on the type of drug, quantity trafficked and prior criminal activities. Drug trafficking is one of the few criminal offences that can result in a maximum sentence of life in prison. In addition, recent changes to drug trafficking and possession laws have added harsher minimum penalties to criminal drug activity.

If you have been charged with a drug offence in the Greater Toronto Area, you should seek out the services of an experienced criminal drug lawyer. Whether for possession, trafficking, production, or import/export, a criminal conviction for a drug offence can seriously upend your life. While Canada’s criminal justice system is perceived as being “soft on drugs,” conviction on serious drug offences can lead to long prison sentences, including life behind bars. Even a conviction for a simple possession charge can result in costly fines and a possible permanent criminal record that can seriously impede employment/educational opportunities and your ability to travel to other countries.

Ontario’s drug laws in fall under the purview of Canada’s Controlled Drugs and Substances Act (CDSA) rather than Canada’s Criminal Code. Depending upon the seriousness of the charges, police and the courts can pursue charges as an indictable offence or a summary offence. Penalties for summary conviction offences typically include fines and a possible maximum penalty of two years in jail. While much less serious than an indictable offence, a summary conviction can still result in a criminal record. A conviction for the far more serious indictable offence carries penalties that range from two years to life in prison, as well as fines, other repercussions, and an almost certain criminal record.

Drug possession in considered a hybrid offence that can be tried as either summary or indictable offence, with the decision typically based on type and quantity of drugs in possession and whether it’s a first-time charge. In general, most “other” drug charges are usually treated as indictable offences.

The CDSA characterizes type of drug under a “Schedule” that ranks them according to perceived threat. Schedule I drugs represent the most dangerous drugs—such as many opioids and cocaine—and carry the most severe penalties with all drug charges. Schedule II, III, IV, and V represent softer drug classes (and drug precursors) and carry milder maximum penalties. Primary drug crimes and their maximum penalties include:

The most frequently charged drug crime, which covers the gamut of substances in Schedules I-IV. The maximum penalty for a possession charge as an indictable offence is seven years in prison, while the maximum penalty as a summary offence is a $1,000 fine or six months in jail for a first-time charge ($2,000 fine or one-year imprisonment for subsequent offences).

Similar to trafficking, this charge carries and maximum penalty of life in prison (Schedule I and II drugs). It also carries mandatory minimum sentences of one to two years in prison depending upon whether the quantity of drugs was more or less than one kilogram and whether there were any aggravating factors, such as abusing a position of authority. Penalties for other drug Schedule types are similar to those used for trafficking, as are the potential summary offence penalties.

This charge also includes a maximum penalty of life in prison (Schedule I drugs), as well as mandatory minimums based on potential aggravating factors, such as production for the purposes of trafficking. Penalties for other drug Schedule types are similar to those used for trafficking, as are the potential summary offence penalties.

ONTARIO DRUG CHARGES BY THE NUMBERS

Statistics Canada notes that acquittals represent cases in which the defendant was found not guilty of all related charges. Charges that were stayed or withdrawn also include dismissals and discharges at preliminary inquiry, as well as court referrals to alternative or extrajudicial measures and restorative justice programs. The “other decisions” category includes final decisions in which:

Whether acquitted, stayed, withdrawn, dismissed, discharged, or “other,” you can be almost certain that an experienced criminal trial drug lawyer was instrumental in helping secure those positive outcomes for their clients. While the statistics suggest a greater than 50% chance of getting out of drug possession charges and a 65% chance of beating other drug charges, going to court is not like going to the casino. Achieving these positive outcomes was likely the result of diligent legal maneuvering by experienced criminal trial drug lawyers.

Whether drug possession or any of the other drug crimes, the onus is on the Crown to prove guilt rather than the defendant to prove innocence. In most drug cases, not only does the Crown have to prove that the defendant had actual possession of the drug, but that the defendant knew it was an illegal drug and had some measure of control over it. This provides three different openings in which defence lawyers can challenge the actual legal possession of the drugs in question. With trafficking and other drug charges, the Crown has to prove intent. This intent has to go beyond the investigators’ subjective belief and needs to be based on actual objective evidence.

Police procedures used to gather evidence are also open to challenge, with complicated cases providing more potential avenues to raise questions (and doubt) about their investigation. Defendants also have the protection guaranteed them by the Canadian Charts of Rights and Freedoms, which protects them from unreasonable searches and other police actions which might constitute a breach of those rights. In fact, Charter Rights challenges play a key role in many successful drug case defence strategies.

Bottom line, criminal trial drug lawyers have numerous defense strategies they can turn to in order to sow doubt on the Crown’s evidence or otherwise disrupt its case. Experienced trial lawyers also know how to navigate the legal system to seek out potential favorable outcomes though negotiation with the Crown when it appears to be in their client(s)’ best interests.

TURN TO MASS TSANG FOR YOUR DRUG CHARGES DEFENCE

Whatever drug-related charges you may be facing in the Toronto area, turn to the skilled criminal trial drug lawyers at Mass Tsang. From getting you released on bail to advocating your defence in court, our drug lawyers will work closely with you to develop the most effective defense strategy possible.

Click here to schedule a free and confidential consultation with our lawyers. 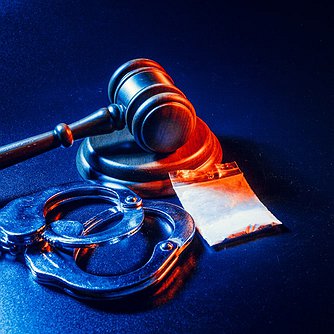 How Can a Drug Lawyer Help You Out?

Drug-related arrests in Canada are so commonplace that police in 2021 made an average of 82 arrests per day across the country, according to data compiled by the latest Statistics Canada incident-based crime reporting. This adds up to almost 30,000 per year, with Ontario police responsible for nearly half of them. 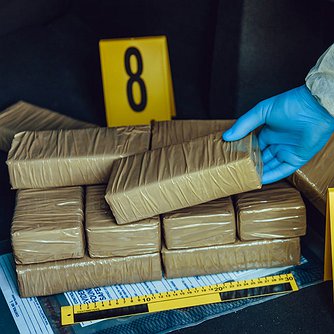 Charged with Drug Trafficking in Canada—Now What? 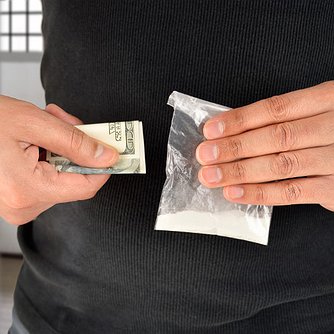 Being Charged With Drug Trafficking? Here’s What You Need to Know